The Leadership and Integrity Bill 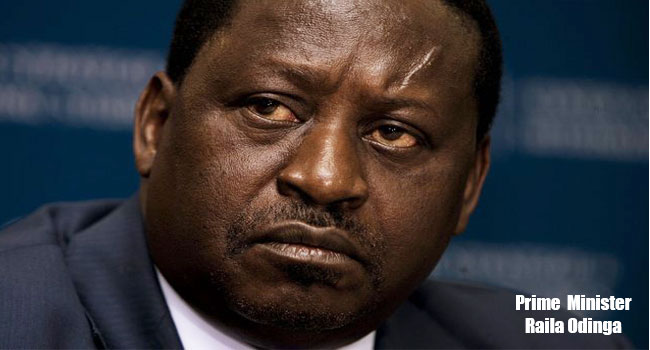 Prime Minister Raila Odinga this week warned against rising levels of ethnicity in the country as we prepare for the coming presidential elections. The Prime Minister asked leaders campaigning for office to stay away from ethnic based politics. He said that the implementation of the leadership and integrity clauses in the Constitution would be crucial in enhancing national cohesion and adding integrity among leaders. In light of this, the Leadership and Integrity bill could not have come at a more crucial time. With the general elections getting ever closer and with two of the main presidential contenders facing charges the International Criminal Court (ICC) at The Hague, the question many are asking is 'will they be allowed to run or not?'. With the Leadership and Integrity bill, the more apt question would be, 'should they run for the presidential position?'

The Leadership and Integrity bill seeks to give legislative weight to chapter 6 of the constitution. This particular chapter dwells on Leadership and Integrity and lays out the requirements for one to qualify as a public servant. Having survived massive scandals such as Anglo Leasing and Goldenberg, Kenya has proven that it has had its fair share of leaders with questionable Integrity. Most voters rarely take into account a prospective leader's past record on such matters. The new constitution was meant to change all this. There have been ministerial resignations and some have even been charged in court, but there is yet to be a high profile conviction. Some of the cases are still pending over some technicalities, other cases were out rightly dismissed while others who had been charged even got reinstated back to the public offices they held before.

The Bill has been sponsored by the Ministry of Justice and Constitutional Affairs. It should be noted that the Justice Minister Mutula Kilonzo has been vocal in his opinion that two individuals who have cases at the ICC should not vie for Presidency. The Leadership and Integrity bill crucially provides that individuals that have been convicted of crimes or have been struck off the roll of a professional body due to misconduct would be unable to hold office.

The Bill provides a basic, yet thorough guideline as to the conduct of State Officers. It expects them to adhere to a strict code of conduct that sets them apart and brings dignity to their offices. It gives several guidelines that are intended to prevent abuse of office and corruption.

Officials are expected to uphold family values and provide for their families. They are supposed to carry themselves in a manner befitting their office which means upholding high moral standards in their every day life even when not acting in an official capacity.

It has a provision that gifts given to public officers in the exercise of their official duties will be deemed as gifts to the state. It also bars state officers from soliciting contributions on behalf of the government, giving the contingency fund as the option to obtain money in times of emergencies.

The Bill seeks to promote citizen involvement as it allows for the reporting of incidences of state officers flouting provisions. It provides protection to such individuals should they give such information willingly and in good will. It also provides for immunity for individuals who publish occurrences of misuse of office provided the said information was to the best of the publisher's knowledge.

Another major issue that has been addressed is that of conflict of interest. Section 17(1) states "A State officer shall use his or her best efforts to avoid being in a position in which his or her personal interests conflict with his or her official duties". State officers are required to place themselves in a position that prevents them from conflicting with their official duties such as owning shares in companies that they may eventually deal with.

It is clear that the Bill has some very well meaning provisions. However, with the current political climate, it will be interesting to see whether or not the bill will be passed, considering it would affect many of the people expected to pass it. Kenyans ought to see to it that the leaders they choose are people who have integrity and can give real meaning to the title 'Leaders'.