Important Points in the BBI Judgement 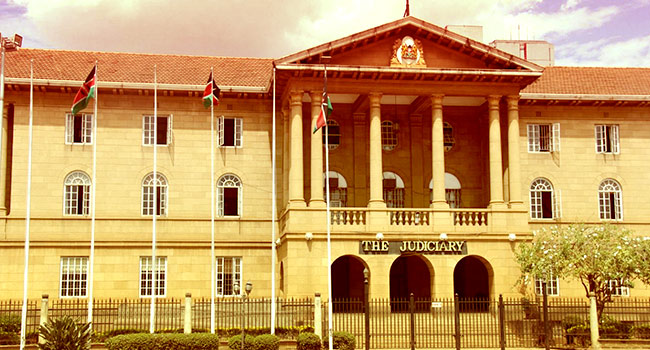 Following the heavily disputed 2017 elections, President Uhuru Kenyatta created the “Building Bridges to Unity” Taskforce whose mandate it was to come up with “recommendations and proposals” that would build a lasting unity in the country. A steering committee was then created to find ways to implement the recommendations and proposals that Taskforce would come up with. The Steering Committee’s report is what eventually got turned into what is known as the “Constitution of Kenya Amendment Bill, 2020”. The BBI (Building Bridges Initiative) Bill sought to amend the Kenyan Constitution in a move that would create 70 extra constituencies, add a Prime Minister and Deputies to the country’s governance structure and increase revenue allocations to the counties among other things.

A group of five Kenyans led by economist David Ndii went to the High Court to challenge the legality of the BBI Bill. On the 13th of May, 2021, the High Court of Kenya handed down a landmark judgement that basically declared the whole BBI Process to be unconstitutional.

In the ruling, something important emerged in the discussion - that the People of Kenya were meant to be at the heart of the constitution building process. In the previous constitution, the President was able to amend things easily, abusing the very idea of the existence of the document itself. As part of the clamor for a return to Multi-Party Democracy in the early 90s, there was a huge demand for a new Constitution, with a strong emphasis on a people-led process. Every stage of the drafting process was to be done within a framework of public participation that was free from interference from the Executive and the Legislative arms of the Government.

So after a long process that included research, civic education and public consultations at every level, a draft known as the Bomas Draft was created in 2002. After much meddling and interference from the government, a new document known as the Wako Draft was created. The legality of this new document was challenged in the High Court and in 2004, the Court ruled that the Wako Draft had to be put to a referendum. In 2005 a referendum was done and the document did not win the popular vote, with 58% of Kenyans voting against it.

After the 2007 post-election violence, a new draft constitution was conceived. A new legal framework to guide the process was created through the 2008 Constitution of Kenya Review Act. This new set of laws once again emphasized the importance of public participation. The People of Kenya were meant to be at the heart of the Constitution building process. Another referendum was held in 2010, and the now current Constitution was voted in by 68% of the people.

The May 13th BBI Judgement emphasized a couple of things. That following the over two-decade history of Constitutional reform, it is clear that Kenyans intended that the constitution could only be fundamentally altered through a thoroughly informed and participatory process that had the public at the heart of everything. The second important thing that was clear is the role that the Judiciary has been playing in protecting and safeguarding democracy in Kenya. We are blessed to be in a country where the three arms of government truly function interdependently with each other, providing proper checks and balances, something that is key in any good and thriving democracy.