Public Participation After The Elections 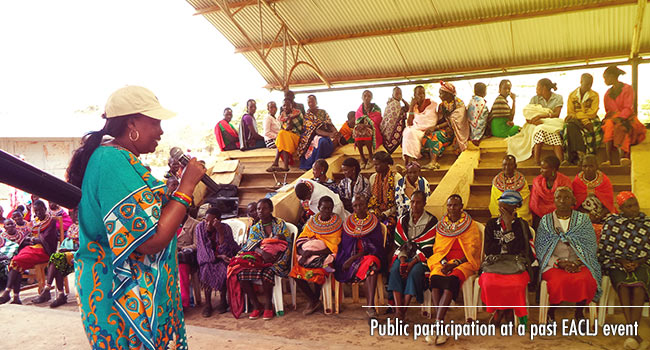 The Principle of Public Participation in Kenya is founded on the first Article of the new Constitution which provides that “All Sovereign power belongs to the people and shall be exercised only in accordance with this constitution.”

The principle is further upheld under the bill of rights at Article 35 which provides for the Right of access to Information. The right was recently established by passing the Access to Information Act of 2016 which guarantees every citizen’s right to ask, inquire and receive information from any government agencies as long as the information sought does not threaten national security or interfere with another person’s fundamental rights and freedoms.

In practice public participation is achieved through the enforcement of political rights under Article 38 more specifically the right to vote. Elections give the people the opportunity to decide who will be their leaders for a span of time and also appoint their representatives in specific government institutions. In Kenya, we decide who is to exercise authority over the state and the counties while appointing representatives to the legislative houses i.e National Assembly, Senate and County Assemblies.

The first action of elected leaders is to fill the other positions in the government which the constitution should be in an open, transparent and non-discriminative process. The positions are to be offered to the Kenyan Public and include; Cabinet Secretaries, County Executive Committee members, Diplomats, State Appointed institutions and Ward Administrators. Every Kenyan’s first point of contact is to put themselves up for consideration for these positions.

All these appointments have to go through the legislative assemblies which is National Assembly for State positions and County Assembly for County Public service. Article 118 of the constitution mandates parliament to conduct its business in an open manner and facilitate public involvement in their business which is enforced by the County Government Act in the County Assembly. Add to this, Article 119 accords every person the right to petition parliament to consider anything within its authority.  This is further elaborated by the Petition to Parliament Procedure Act 2012. The second opportunity for all Kenyans is to Petition the legislative house on any matter within the houses mandate, attend the committees’ public hearing for any bill before the floor, make memoranda or give views on any matter before the house and bring an action against a state officer for violation of the constitution.

Once appointed all leaders get to manage public funds and resources which a citizen provide oversight through the legislative houses. But the Legislatures are also named to some avenues of public funds that is the National Government Constituency Development Fund (NG-CDF) for National Assembly and the Ward Development Fund (WDF) for County Assembly.

In conclusion for the residents of Nairobi, we are privileged to have the Nairobi City County Public Participation (NCCPP) Act 2015. This is a county law aimed at giving effect to the provisions of Chapter Eleven of the Constitution by providing for a framework for informed, effective, efficient and sustainable engagement of the public in the affairs of the county. It provides for the County Executive Committee Member responsible for matters of Public Service in the County to be in charge of public participation in the County Executive while the Speaker of the County Assembly is to promote and facilitate public participation in the proceedings and other activities of the Assemble with the help of the offices of Sub-County, Ward and Village Administrators when need be.

Under the NCCPP Act, the County Government is to develop a culture of democratic governance that complements a system of participatory governance by establishing a civic education programme, publishing all its notices in two national newspapers and putting the notice in places where people converge like mosques and churches, establishing complaints processing mechanisms and communicating to the public at all times.

The Act also empowers the citizens to petition to the County Executive Committee with the option of appealing the decision therein.

The buck does not stop at voting!