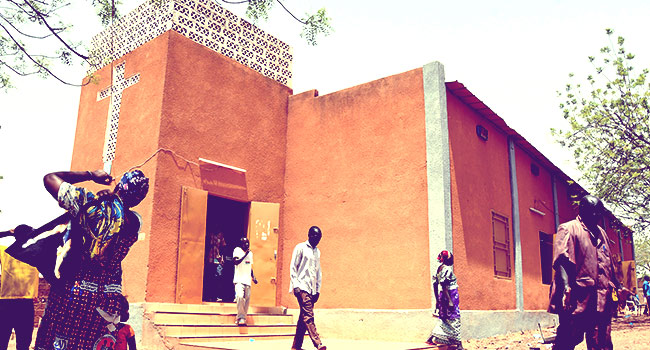 The Governor of Burkina Faso’s Sahel region Colonel Salfo Kabor has just released a statement saying that a total of 15 Christians have been killed. A group of suspected jihadists stormed a baptism party in the Oudalan Province and opened fire on the group of unsuspecting worshipers.

Burkina Faso has been an excellent example of tolerance and diversity when it comes to religion in West Africa. It is a country where religious identity has been of secondary importance. According to a disputed census, Christians make up 25% of the population, Muslims 60% and the rest, mostly animists, make up 15%. Religious matters are not spoken about openly and publicly in the country. However, some Muslim leaders have previously complained that they are not well represented in the civil service and that the administration has not always treated Islam and Christianity equally.

Recently, there has been a rising number of instances of religiously motivated violence in the Sahel Region of West Africa. Armed terrorist groups adhering to a fundamentalist form of Islam have began setting camp there and have been looking for ways to get a major foothold in the region. Cases of violent extremism have actually doubled every year since 2015. Groups such as the Islamic State and Ansaroul Islam have been responsible for most of these attacks. Their activities have been concentrated in Northern and Eastern Burkina Faso, Western Niger and Central Mali.

These groups infiltrate countries by going to the people and finding grievances between communities, and then using these to fan the flames of strife and animosity… often leading to violence. For example, deep seated grievances between the Fulani and other communities such as the Dogon and Bambara have been used to cause violent skirmishes that have caused a lot of insecurity in the area. These terror groups then tie in their radicalization narratives in a bid to win over the locals into their way of thinking.

There have been a number of promising initiatives that have been set up to try and combat this threat. The government of Burkina Faso has joined up with the governments of Niger and Mali to mobilize a combined security structure that can adequately respond to the rise of Islamist group violence. A joint effort was necessary because the militants would take advantage of the terrain and porous borders to cross over into a neighboring country.

Since the militants have deliberately tried to exploit even the slightest social rift between the people groups, it became crucial for Burkina Faso to mitigate this by finding ways to promote peace building and general social cohesion. For example, Parastatals have been formed to reach out to youth in the Sahel region because they are easy targets for jihadist groups looking to recruit numbers.

Because the country has been a model of religious tolerance, it is easy to take things for granted, ignoring the fact that sensitive discussions need to be had. Questions on the relation between state and religion need to be answered, different religious communities need to dialogue on any issue or grievance the other might have and solutions need to be found. The government also needs to take charge and counter any radical narrative that play on these social tensions. Religious leaders, both Islamic and Christian, need to work together to preach a message of cohesion and non-violence. Disaffected members of society must be prevented from feeling that violence is their best means of expression.