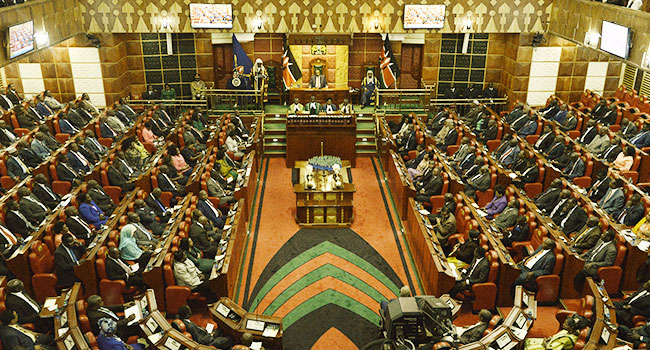 The Reproductive Healthcare Bill 2019 was introduced last year by Senator Susan Kihika.
There are several contentious issues in the Bill. One of them is that it provides a framework that would give access to reproductive health services for adolescents. For example, there are provisions in the Bill that would have adolescents treated like adults. This means that they would be allowed to make critical life changing decisions for themselves. However, in the Constitution, in the Children’s Act and in the Sexual Offences Act, anybody under the age of 18 is considered to be a child and would therefore legally be under the protection and care of either their parents or a legal guardian.

The Reproductive Healthcare Bill also seeks to introduce a right called the Right to Assisted Reproduction. This means that children as young as 10 years old would be introduced to contraceptives as part of their basic rights. Our Kenyan Constitution has a Bill of Rights that is very elaborate on the rights that are available to all Kenyans. These rights are incontrovertible and if anyone wants to introduce a new right, then they would need to amend the 4th Chapter of the Constitution instead of trying to use a Bill to do it. As it stands, we have specialized clinics that deal with assisted reproduction in Kenya. These clinics are regulated by the Ministry of Health and the Medical Practitioners and Dentists Board.

If the Bill passes in its current format, teaching a child about sex would be considered their right. This would mean, for example, that regardless of their Parents’ opinion, children would be influenced to believe that sex outside of marriage is the normal thing to do. This takes away the ability of a parent to raise their child in a manner consistent with their belief. If indeed the aim is to prevent and mitigate high levels of teenage pregnancies, then proper parenting would be the obvious key factor. Instead of reducing the say a parent has over their own child’s life, parents should be encouraged to give their children proper guidance if they are to learn about responsibility. Parents have a right and responsibility to privately decide for themselves how their child should be raised.

When we take into account our Kenyan and African roots, we have means of educating our children on these matters. In most African communities, there is a well placed right of passage that includes aunties and uncles teaching young men and women the proper way of doing things. We as Africans have always had a way to educate children about sex in a way that protects them. The proposed method in the Bill would only teach them how to have sex, and then how to procure abortions as a means of birth control.

A lot of what has been covered in this bill is actually a regurgitation of what we already have in other Statutes. For example, the provisions about HIV and Anti FGM (Female Genital Mutilation) are already well canvassed by the laws of the land.
The issues that it is trying to address are issues that must be legislated only after all pertinent stakeholders have been consulted and this is something that should happen before a Bill is tabled.

Abortion is big business and the market for contraceptives is a significant one as well. Many of the groups advocating for this Bill stand to make money from offering abortion services. The Bill as it is, is very one sided, very leftist and seems to be catered towards introducing abortion as a business.

The recommendation of the EACLJ is that this Bill is unsalvageable.